1. From Mars to the moon On December 11, 2017, Trump signed Space Policy Directive 1, which officially called for NASA to begin work on a human exploration program that Continue Reading

1. From Mars to the moon

On December 11, 2017, Trump signed Space Policy Directive 1, which officially called for NASA to begin work on a human exploration program that would return astronauts to the surface of the moon and lay the groundwork for a sustained presence (i.e., a lunar colony). This was a pivot from President Obama’s directions for NASA to build a program that would take humans to Mars in the 2030s and establish a sustained presence there. The plan was for the moon missions to utilize the architectures being developed for Mars, such as the next-generation Space Launch System and the Orion deep space crew capsule.

Early last year, the administration accelerated the timeline for the return to 2024. “The common thread among many of the policy options, transition and industry officials said, is a focus on projects able to attract widespread voter support that realistically can be completed during Mr. Trump’s current four-year presidential term,” the Wall Street Journal reported in 2017. Though a 2024 landing would happen in a second term, should Trump win reelection it would be a defining achievement of his presidency. Most experts agree, however, that NASA is increasingly unlikely to meet that deadline.

But there are also arguments for why the moon makes sense. As current NASA administrator Jim Bridenstine likes to say, the moon is a “proving ground” for deep space missions to places like Mars. It’s easier to get to, offers a low-gravity environment to test out life support systems and other technologies needed for long-term off-world living, and could be a site of fuel production for future spacecraft.

During Obama’s presidency, many people in the space community felt that going directly to Mars “was such a big problem, and the money was so inadequate for that, that it became almost worse than nothing,” says Casey Dreier, a space policy expert with the Planetary Society. “They said they were going to Mars but contributed almost nothing to that effort.”

As Obama’s term drew to a close, “it became very clear that the moon was going to have to be the objective,” says James Vedda, a policy analyst with the Aerospace Corporation. “Trump just made it official.”

This won’t change, even if there’s a new administration in the White House come January. The Democratic platform released this year says the party is on board with going to the moon, though the unreasonable 2024 deadline will likely get pushed back.

This was another trend continued from past administrations. The Commercial Resupply Services (CRS) program (which contracted private companies to run resupply missions to the ISS) had its beginnings under George W. Bush and matured under Obama. The success of this program helped bolster support for the Commercial Crew Program (CCP) under Obama (when Joe Biden was vice president), which aimed to replace the space shuttle with commercial vehicles developed by SpaceX and Boeing to send astronauts to the space station. After numerous delays (some of which put NASA in the unenviable position of having to extend its reliance on Russia for access to the ISS), CCP finally realized its goals in May, when SpaceX’s Crew Dragon vehicle took astronauts to the ISS.

Trump can’t take credit for CRS or CCP, but he can take credit for applying its blueprint to the space program as a whole (even if CCP’s success is still to be determined). Trump embraced commercialization of low Earth orbit. “Seeing [CRS and CCP] pay off now with a sort of Midas touch about it, we’ve seen NASA now take that and put it almost everywhere it possibly can,” says Dreier. NASA wants to buy moon rocks from private companies, buy Earth science imagery from commercial satellites, open the ISS up to private visitors, and bring private companies to the moon.

In Dreier’s view, the big question is whether the success of sending people to the space station through commercial partners can be replicated elsewhere, for things that haven’t been tried before. A commercial company has never landed on the moon—yet in less than four years a commercially built lander is expected to do exactly that, with human astronauts. The Trump administration has set things into turbo-drive, resulting in a flurry of new activities and opportunities for the commercial sector. But given how volatile spaceflight is, a new administration might prefer to slow down that approach to strengthen safety testing.

The rise of China and the deterioration of relations with Russia, the only other two space powers that could rival the US, have been a concern for US officials on both sides of the political aisle. The potential for conflicts in orbit has grown over time.

The Trump administration’s big idea? Space Force. It sounds like something from a 1950s comic book, but it was essentially a catchy way of making sure enough attention and resources would be devoted to scanning Earth’s orbit for threats and fortifying national assets against interference. As space activity grew, that organization would grow as well—and the Air Force could concentrate on things on the ground.

Not everyone thinks it is such a good idea. A major argument against Space Force is that it doesn’t do anything the Air Force didn’t already handle. It reorganizes those operations under one roof, but it also adds new layers of hierarchy and bureaucracy. As the Brookings Institution’s Michael O’Hanlon has argued, the creation of a small US Space Command to oversee space operations across the military made sense; a bloated Space Force does not.

Both Democrats and Republicans had pondered creating such an organization for quite some time, says Vedda. He thinks Trump’s real impact was to accelerate the timeline by a decade and make the venture permanent. There isn’t really a path to disband the Space Force, even if a new administration wanted to (and the Biden campaign has made no suggestion it would try). More frequent antisatellite testing by Russia has made it clear that conflicts in space can and are likely to spring up in the future. Space Force might sound silly—but it’s probably here to stay.

It’s hardly been a secret Trump has spent his entire term trying to gut NASA’s work in studying climate change. The administration tried to ax NASA’s Carbon Monitoring System and the Orbiting Carbon Observatory 3 mission. It still wants to cancel the ocean-observing PACE mission and the climate-studying CLARREO mission. NOAA has suffered decreases in funding for its environmental satellite programs.

Trump hasn’t eliminated the Earth science observation that’s done from space, but he’s blunted its impact by limiting how the data can be used. At a time when climate change is getting worse and we should be augmenting these programs, the administration has chosen instead to leave the Paris accords and deregulate greenhouse-gas emissions.

Lastly, an achievement for Trump that has rather slipped under the radar: the resurrection of the National Space Council, a body (defunct since 1993) that brings together officials from many different parts of the government (such as national security, energy, commerce, and transportation) to discuss the US space program. Space encompasses a lot of different areas, but Vedda argues that people tend to specialize in only one, which makes it harder for them to think about considerations outside their own field. “Issues can very easily fall through the cracks,” he says. “The National Space Council makes sure none of these things fall through the cracks.”

The Trump administration’s decision to resurrect the council was unusual, helped by the fact that Vice President Mike Pence (who chairs the council) took a big interest in space. It has been a surprising force in shaping the direction of US space policy, bringing together discussions on everything from how the military and NASA could collaborate to satellite regulation and communications standards to future technology and energy experiments. It’s unclear whether Biden would keep the council going. Space officials from around the country recently came together to “war game” a hypothetical council operating under Biden, but if his running mate, Kamala Harris, shows no interest, it could very well be on its way out once again. Struggling to get a COVID vaccine appointment? This Twitter bot could help – CNET

One company’s virtual reality approach could end the debate over working from home vs. at the office 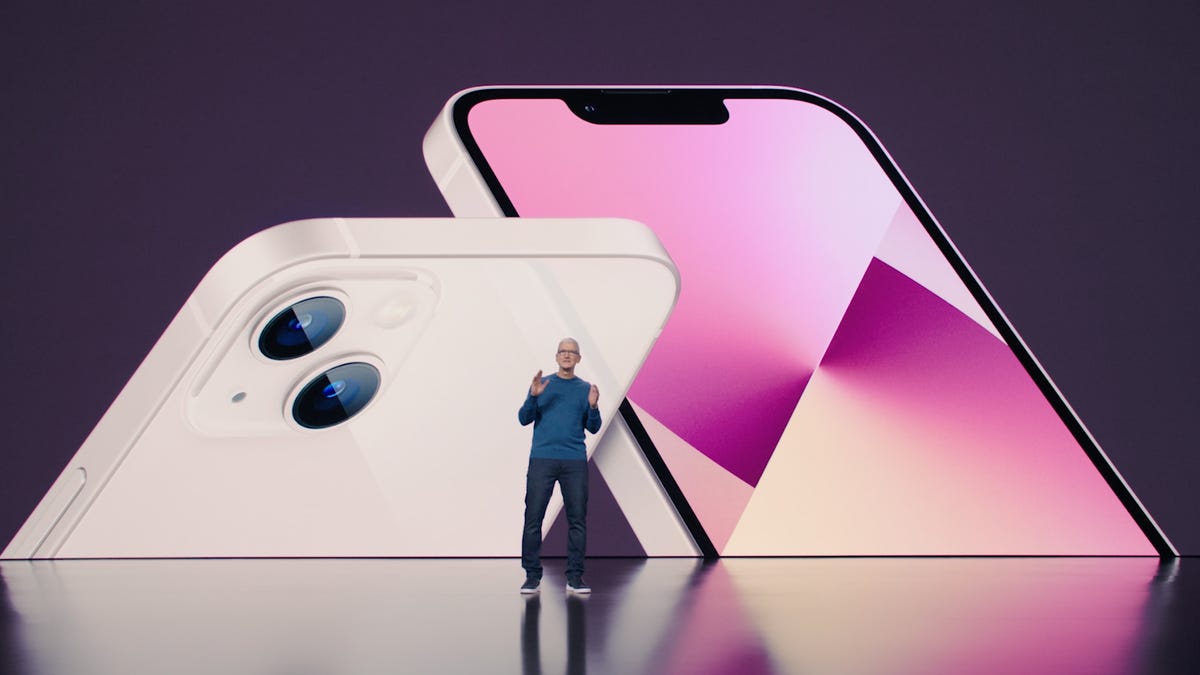 Apple’s Nov. 10 event: What to expect and how to watch