Indeed says the success of the crypto industry has resulted in a 118% jump in career postings for work in the field compared with last year. Image: Shutterstock/FoxyImage Bitcoin, the Continue Reading

Indeed says the success of the crypto industry has resulted in a 118% jump in career postings for work in the field compared with last year.

Bitcoin, the first decentralized cryptocurrency based on blockchain technology, debuted in theory in 2008 and went live in 2009 (and at the outset, one Bitcoin—which peaked at almost $65,000 in April 2021—was valued at less than one cent when it first began trading in 2010).

In its infancy, it quickly developed a staunch, small following among cryptographers, among others—mostly ones in awe of the sophisticated, seemingly immutable coding behind the bitcoin network. And yet, many initially deemed the digital coin as lacking any real staying power or real worth. (As an example, in May 2010—and what’s considered the first commercial Bitcoin transaction—a software developer from Florida agreed to pay 10,000 Bitcoins to have delivered two Papa John’s pizzas). As of this writing, that Bitcoin amount is worth roughly $557 billion.

Since then, the need for professionals to work on and with digital assets has increased every year, particularly because they continue to become more and more mainstream and because of the rising amount of enterprises working with crypto and blockchain. And just because of the sheer number of digital coins that exist.

In 2013, for instance, there were 33 new cryptocurrencies available, according to the market data firm Statista. In 2021, there are almost 6,000. Of course, as Statista noted, most of these digital coins are not very significant, and the top 20 cryptocurrencies comprise roughly 90 percent of the total market.

According to a new Indeed report, queries for careers in crypto and blockchain have significantly spiked, which it said is partly due to the rapid price gain of the most popular cryptocurrencies.

Among Indeed’s key findings is that postings for crypto and blockchain careers leaped 118% as of July 16, 2021, compared with around the same time last year.

What’s more, the study said its data shows “the industry is maturing” given that it has seen an increase in crypto job postings that reach beyond listings for functions such as mining digital coins or trading various digital currencies, but also ones in finance, marketing, human resources and accounting.

Indeed said its research shows software development positions in general are likely to be remote, hovering around 31% as of June 2021. Meanwhile, 44% of crypto and blockchain-focused software development career postings were listed as remote. The popular crypto exchange platform Coinbase, for example, announced last month that moving forward it’s decided to be a “remote-first company.”

“A frequent cryptocurrency selling point is that they’re borderless,” the Indeed survey said, “thanks to the decentralized blockchain ledger technology underlying them. That decentralization makes many crypto and blockchain jobs highly suitable for remote work.” As such, it said these statistics “could help draw software development workers seeking remote opportunities to the [crypto] industry.”

It is worth noting, though, that U.S. regulations for crypto and its exchanges are still in the wild west when it comes to what enterprises can and can’t do, making it uncertain how this will affect the job market boon in the near future. Late last month, for instance, the popular crypto exchange Kraken was fined $1.25 million by the Commodity Futures Trading Commission for allegedly allowing customers to illegally trade marginal assets.

Elsewhere, Coinbase shuttered an upcoming lending product after receiving a Wells notice (basically a letter stating it plans to move forward with charges without response over concerns of alleged wrongdoing) from the Securities and Exchange Commission, which threatened to take legal action against the company if it debuted the service.

Binance, for instance, which is one of the world’s foremost digital asset exchanges, is under investigation by the Justice Department and Internal Revenue Service, a probe looking into money laundering activities and tax offenses by the firm, according to an article by Bloomberg. Binance’s CEO Changpeng Zhao responded in a blog post arguing clearer guidelines need to be put in place regarding crypto for the industry to strive.

Still, it’s worth noting the global cap for crypto is hovering around $2.4 trillion, according to the market watcher GeckoCon, one sign showing crypto is seemingly here to stay long-term.

But Indeed nonetheless warned that there’s a “big unknown” for job seekers in the crypto and blockchain sectors in some respects, particularly due to how the prices of digital assets continue to be volatile.

“Only time will tell,” the Indeed cautionary concluded, “if the crypto and blockchain industry will be strong enough to weather the booms and busts that inevitably lie ahead.”

AI can add bias to hiring practices: One company found another way 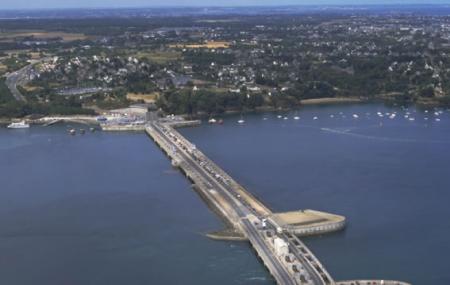