A green oasis in the desert? Las Vegas is shedding its old image and preparing for a future without fossil fuels Las Vegas is a town built around big ambitions, Continue Reading

A green oasis in the desert? Las Vegas is shedding its old image and preparing for a future without fossil fuels

Las Vegas is a town built around big ambitions, its founders turning an arid wilderness into the premier entertainment paradise in the world.

However, in recent times it has been undergoing something of an image change, as its clientele become more environmentally conscious, expecting their luxurious stay in Sin City not to involve sins being committed against the local environment.

Las Vegas resorts, and the communities that surround them have made great leaps to transform their city into one that plans to run entirely on renewable energies come 2050. This ambitious target is turned into reality thanks to solar technology and the nearby Hoover Dam.

Here is a rundown of just how Las Vegas is abandoning its penchant for excess, in exchange for a new and improved green image.

Las Vegas Re-Imagining Itself as A Tech Hub

Part of the reason for Las Vegas’ shift towards green energy production is undoubtedly down to the city realizing the potential such new industries have to bring jobs to the local area.

Recently, the largest lithium battery plant on earth was built on the city’s outskirts by Tesla, a building run entirely by renewable energy and which has brought a welcome boost to the local economy. Many other renewable technologies have also been promoted at the now world-renowned CES trade show.

Quick to follow suit, hotel and casino resorts have begun sourcing their power from green energy. They’ve even opted to create their solar arrays and install solar panels on their roofs to go green as soon as possible. It’s just one of many initiatives that gaming hubs and online industry players have been setting up to demonstrate how you can act making the world a better place just by implementing some easy tips in your daily routine.

One thing is for sure, the sun is here to stay, and with the planet heating up by the day, many top investors are already betting big that solar power will be the fuel of the future.

Warren Buffet is certainly one of them, backing what will be the 8th biggest solar farm on the planet by the time it is finished. The project called Gemini Solar was recently given the green light to break ground and will provide energy for close to a quarter of a million homes when it is completed in 2022.

However, this is far from the only large-scale solar project that borders the city, with other major installations such as the Switch facilities 1 and 2 as well as the Copper Mountain Solar Complex.

Nevada Residents Taking Things into Their Own Hands

While some countries and US states have been slow to allow people to harness solar energy for themselves, that has certainly not been the case in Nevada, where the demand for home solar panel systems has skyrocketed in recent years.

This has also been boosted by feed-in tariffs, whereby people whose homes create excess energy can sell said energy back to the grid, thus making a tidy little saving on their initial investment.

The Future Is Green for Sin City

While all of this is excellent news for the Las Vegas environment, it may have a profound impact on national and international levels too.

Already there are discussions underway for Las Vegas to transfer much of the excess energy it generates from its solar farms to nearby cities such as Los Angeles. As long as the building of such giant facilities doesn’t infringe on local wildlife habitats, it seems like everyone is a winner when it comes to green energy in the Nevada desert, an example that other countries can follow. 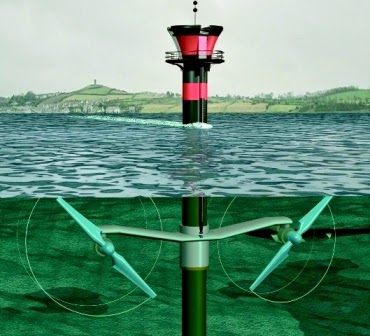