A plan by Ministry of Energy, presented in July, foresees as an increase of the cumulative solar PV capacity of Israel from currently around 2 GW to 15.77 GW until 2030 − an increase by more than seven times the capacity of today. Solar PV is expected to account for the significant share of the renewable energy, and would replace the remaining coal in the electricity mix (see Figure 1). Israel’ energy minister Yuval Steinitz defined in a statement the new target of 30{77abe934691bc9f0e5658a7ee6b88ebc438a340cda54c5613400e9750ebd8615} renewables by 2030 as ‘a real revolution’. But is the new 2030 target really a revolution or just a low bar? Figure 1: Electricity mix of Israel; Source: own figures based on Israeli Ministry of Energy, 2020.

The COVID-19 pandemic has significant impacts for global economies, energy use and CO2 emissions. According to the International Energy Agency (IEA), coal demand was hit the hardest, falling by almost 8{77abe934691bc9f0e5658a7ee6b88ebc438a340cda54c5613400e9750ebd8615}, alongside sharp reductions for oil and gas. In consequence, we saw that the pandemic accelerated existing coal-phase out plans: for example, Austria and Sweden both closed their last coal-fired power stations. In contrast, renewable energy posted growth in demand, driven by larger installed capacity and priority dispatch.

In the light of ongoing COVID-19 pandemic, countries have reacted with different strategies to economically and socially recover from the crisis. Policy decisions made now are crucial, because their form and direction can accelerate the energy transition, or reinforce fossil fuel dependencies.

Time for the solar revolution

Israel’s 30{77abe934691bc9f0e5658a7ee6b88ebc438a340cda54c5613400e9750ebd8615} renewables by 2030 target is not a revolution. Considering Israel’s enormous solar potential, it is instead a low bar. However, it makes sense for Israel to put more efforts into cutting energy-related carbon dioxide emissions and scaling up renewables: Recently the IEA announced that electricity from solar PV is now the cheapest form of energy in history, and thus, also cheaper than gas in most major countries. Also, we see already positive benefits of the Israeli coal phase-out in form of significant reductions of CO2, NOx and SO2.

Although the rise of the renewables target is to welcome, it is likely not sufficient to bring Israel to net-zero emissions, as current pledges have proven insufficient to meet climate goals. Israel faces an increasing electricity demand not only in the power sector but also from highly energy-demanding desalinization plants and the increasingly electrified transport sector. Both transport and water sector will play a central role in setting Israel on a pathway towards climate neutrality. However, Israel set the plan to meet its energy demand mainly by natural gas (Figure 1), which reinforces its lock-in in the polluting fossil fuel.

The enormous natural gas reserves have been framed as an economic, political and environmental blessing, promising benefits to the people. A recent development might change this perspective: Chevron, the American oil giant, acquires Noble Energy, a large natural gas business. Chevron buys in Noble very cheaply − paying about $4 billion − as Noble’s shares had been dropped by the pandemic and related reduction of demand.

Leading green NGOs have largely criticized the approval, because Chevron does not take responsibility for the environmental impacts its business causes. The massive potential, seen in Israel to become a significant natural gas exporter by the end of the decade, put cast shadows over the power of the sun.

The COVID-19 pandemic offers a window of opportunity to use investments that must be done anyway to drive a sustainable transformation of our energy systems. Leading economists found that a green – not a grey – economic recovery strategy can drive an even better economic recovery. Israel has the vast opportunity to use its large capital of the start-up nation to go beyond carbon and decarbonize its economy. Policy strategies and instruments are, however, crucial to leverage innovations for climate action and sustainable development.

It especially needs investments in clean technologies and infrastructure and clean R&D spending. By letting go of the support of natural gas, Israel could redirect the money to R&D and commercialization of clean and renewable energy technologies, and provide more opportunities for more public participation and social innovation in the energy transition. A renewable energy transition could potentially provide enormous benefits for health, prosperity and employment. Dr. Diana Süsser is an energy transition researcher at the Institute for
Sustainability Transitions (IASS), Germany. Previously, Diana was a
visiting fellow at the Israel Public Policy Institute, where she
investigated effective policy designs for accelerating cleantech
commercialization in Israel. Jozsef Kadar is a researcher at the Center for Renewable Energy and
Energy Conservation, Arava Institute for Environmental Studies. His is
pursuing his PhD at the Haifa Center for German and European Studies,
the University of Haifa, Israel. His PhD research focuses on energy
transition. 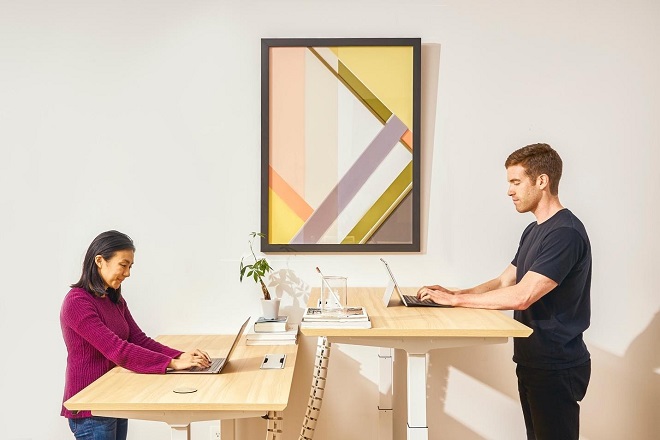 Future Workplace Changes and Trends in the Next Decade

NASA's Perseverance rover landing: Why going to Mars should matter to you – CNET