During Apple’s WWDC keynote on June 6, 2022, the company unveiled its latest iteration of iOS. Apple’s primary focus areas for this release of iOS are new intelligence features, communication features and sharing features that also incorporate privacy. Many of these features can be used in business environments and non-business environments. Let’s take a look at the iOS 16 features and how they can benefit you, your devices and your workflows.

iOS 16 is Apple’s newest version of the iOS mobile operating system that powers iPhone devices. It was announced at Apple’s WWDC ‘22 conference and includes features and performance improvements that will be available on a wide range of iOS devices; see the list below to find out if iOS 16 will work on your device.

This new version of iOS includes many new features that are relevant to developers, enterprise customers and consumers, including an all-new Lock Screen design, widgets, new developer APIs and much more.

What devices are compatible with iOS 16?

Most hardware that supported iOS 15 will also support iOS 16. Here is the full list of iOS 16 supported devices.

What new features are available in iOS 16?

Apple has redesigned the entire Lock Screen in iOS 16, adding a new widget system that is reminiscent of the Apple Watch’s screen customization options and ensuring that notifications are less intrusive to your daily workflow. Multiple Lock Screens can be created and swapped between easily.

Apple has pre-made several lock screens that feature animations and fluid transitions from the Lock Screen to the Home Screen. Photos and widgets are a huge design feature on the new Lock Screen, and let you customize the look and feel for your devices in a way never before possible. You can choose the font, color and size, and include a widget area under the time so you’re always seeing up to date information from your favorite apps right on the Lock Screen.

Notifications also get an update in iOS 16. In this new version of iOS, new notifications appear from the bottom of the screen. Live Activities will allow applications to update your Lock Screen with live event data rather than spamming notifications.

Focus Mode allows users to ensure they are not interrupted during work by personal contacts, or interrupted at home by work contacts, allowing for better work-life separation. In iOS 16, Focus Modes can automatically set a particular Lock Screen configuration so you could have a dedicated Lock Screen for work, home or other activity.

The Focus Filters ifeature will be available to third-party developers; it lets your apps filter out distracting content when a particular Focus Mode is enabled. Safari was demoed for this feature and showed triggering specific tab groups when a Focus Mode is enabled so you’re not tempted to browse social media while at work, for example.

iOS 16 features a wide variety of changes that will allow for better communication and more ways to handle that communication.

Starting with Messages, the app will now have the ability to edit sent messages, undo a sent message, or mark message threads as unread so you can easily circle back to it later.

Shared with You, a feature introduced in iOS 15 , now gets third-party integration through an API available to developers, allowing content shared between messages and third-party apps to be surfaced in those third-party apps as well.

iCloud Shared Photo Library is a new separate photo library that will be available to those who have Family Sharing set up and will allow up to five users to easily share photos with one another. The shared library will have read and write access to all users who are invited. Automate sharing into the shared library based on users who are in the photos themselves, or through the Camera app, which will now let users select which library they want the photo to be taken to be saved to.

You can also switch the library mode in the Camera automatically based on shared users who are nearby when you’re taking the photos so that pictures taken with shared users are automatically synced to the shared library. This is a huge improvement for users with multiple family members who want to more easily sync photos with one another.

Apple continually improves privacy on its platforms, and iOS 16 is no exception. This year, Apple is introducing a new feature called Safety Check. This is a new section in Settings that will let users revoke access with users you’ve shared with, for example, if you need to escape an abusive or physically harmful situation and someone you’ve shared your location or other information with is an abuser. This feature will revoke Find My Access, reset your sharing permissions, and only allow FaceTime, calls and messages on the current device you’re using. This Safety Check privacy feature in iOS 16 will also show a list of all users you’re currently sharing information with to better gauge and stop sharing with users no longer needed.

In iOS 15, Apple began allowing for supported state driver’s licenses to be used in the Wallet app; in iOS 16, Apple is taking that a step further by allowing users to verify their driver’s license for purchases or access to apps if needed through an in-app ID verification flow.

The Wallet app can also store many types of data, including keys for hotels, HomeKit accessories and more. Beginning in iOS 16, users will be able to share these keys with others through an industry standard way that will work with other devices, even if the person you’re sharing with doesn’t use iOS.

The last major Wallet app features are the ability to pay later and order status. Through the Apple Pay Later feature, payments for purchases can be split into four payments over a six-week period with no interest and no fees. Merchants will not see any difference on their end and every Apple Pay merchant will support this feature. Apple Pay Order Tracking will let merchants deliver order status directly through the Wallet app.

In iOS 16, Apple Maps allows for additional transit information, including the ability to reload transit cards right from the Maps app.

Two big features in Apple Maps in iOS 16 are multi-stop routing and new MapKit integrations for third-party apps. Multi-stop routing allows you to create driving directions on the Mac, iPhone or iPad, and share with your iPhone and include up to 15 stops in advance along the trip path. You can also plan additional stops while routing through Siri.

MapKit is Apple’s API for allowing map features in third-party apps. It’s getting a huge update with the ability for third-party apps to integrate with the Look Around feature in Apple Maps, and the new detailed maps that Apple has begun rolling out worldwide. Additionally, server-side APIs will be available to developers looking to integrate maps into websites later this year.

Each year, Apple updates its family sharing features to allow for additional niceties to let families stay in touch and set up devices for children, and this year is no exception. iOS 16 includes the ability for parents to more easily configure devices for children, set the parental controls automatically based on the age of the child, and review settings periodically to ensure the child’s restrictions are always at the appropriate level. These features will roll out with the launch of iOS 16 later in Fall 2022.

HomeKit is Apple’s answer to the home automation arena. At WWDC ‘22, Apple reaffirmed its plans for Matter, a multi-partner strategy to make more accessories and platforms available inside of the Apple Home app and ensure that home automation is cross platform.

Apple also announced a new Home app redesign that allows discovery of accessories by room, the ability to show cameras in a 4-up view that is more intuitive, and makes adding, viewing and controlling different accessory times more user friendly for non-technical users. This app redesign will help with user engagement and allow for the discovery of accessories, where the previous generation of Apple Home app was a letdown for many users.

CarPlay is an iOS feature that allows users to connect their devices to their vehicles and have the infotainment system display an Apple-curated interface. From that interface, users control their iPhones in a vehicle by voice or simple touch, keeping distractions at a minimum.

Apple demoed its long-term CarPlay strategy at WWDC ‘22; this CarPlay strategy is coming in a later update to iOS 16 and will require partner vehicle manufacturer changes. The next generation of CarPlay will integrate with all displays in the vehicle, collecting live data from the vehicle such as speed, engine information and cluster panel information, and then display that on a screen in a completely customizable interface provided by your connected iPhone.

Apple said these features will begin rolling out to vehicles beginning in late 2023, but the company is laying down the software support for these features in iOS 16 this fall.

SEE: Best Apple Watch Faces & How to Change Them (TechRepublic)

When is the release date for iOS 16?

iOS 16 is available in beta form to developers registered in Apple’s Developer Program. It is expected that a public beta will be available to the general public to sign up for later in July 2022. Apple is expecting that iOS 16 will be available for a public release later this Fall.

Developers who are registered with the Apple Developer Program can log into the Developer Downloads portal and install the software update profile needed to register your device for receiving beta updates. Once installed and the device has been restarted, navigate to the Settings app | General | Software Update and install the latest beta of iOS 16 onto your device. 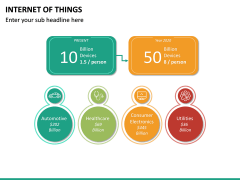 Tokyo Olympics opening ceremony: When does it start and how to watch? – CNET

The top observability tools of 2022