When you think of the Nile, what comes to mind? Egyptian cotton, Baby Moses in a bassinet, waiting among the reeds to be found and brought into the Pharaoh’s palace, Continue Reading

When you think of the Nile, what comes to mind? Egyptian cotton, Baby Moses in a bassinet, waiting among the reeds to be found and brought into the Pharaoh’s palace, a Nile cruise along the riverbanks? An ancient and modern empire?  These things might come to mind if you are sitting on your couch somewhere in the west reading this.

If you are from Ethiopia, Sudan or Egypt your concerns are very different. And they could spell life and death, prosperity or war. And this is a serious time and the world needs to get involved, especially those funding renewable energy projects:

Ethiopia is about to finish the largest hydro-electric dam in Africa and the 7th largest in the world. It’s called the Grand Ethiopian Renaissance Dam (GERD). We have been writing about the dam for years. But now world leaders are paying attention because the dam is about to be completed and be filled.

If you are an Egyptian the Mighty Nile is your lifeforce. It is your life and possibly your demise. If 80 percent of your river will be lost, this will spell out catastrophe for Egyptian life as you know it. Who owns mighty rivers? Can a nation suddenly dam one without consideration of who is downstream? These are issues that Israel, Jordan and Syria have faced for millenial, on the Jordan River, a tiny river to compare, but mighty in its own way.

Losing the Nile is unthinkable to Egyptians. Their pharaohs were the masters of the Nile and they built empires and modern republics on it.

The Pharaohs worshiped crocodiles and they commanded their people to use the Nile to ship giant granite blocks to build the Great Pyramid of Giza nearby. In 1970, Egypt’s post-independence leader, Gamal Abdel Nasser, completed the Aswan High Dam, which tamed the seasonal flow of the Nile and transformed Egyptian agriculture.

Egypt justified its dominance over the river by citing a colonial-era water treaty and a 1959 agreement with Sudan. But Ethiopia does not recognize them, and when its former leader, Mengistu Haile Mariam, proposed building a series of dams on the Nile back in 1978, he met threats from Egypt.

The Egyptians and the Ethiopians all need the water for life Man on his boat on the Nile in Egypt

Without the Nile Egypt will not be Egypt. Food prices will sour. Irrigation will end. The millions living in slums will be cut off from basic needs. War will most certainly erupt.

The Arab Spring, climate change, and now Ethiopia’s interest in creating a dam for hydro-electric power all spell disaster for Egypt and the western east.  To mitigate war and catastrophe, humanitarian and political, talks are being mediated by the US Treasury and the World Bank yet there is no agreement the operation of the Grand Ethiopian Renaissance Dam (GERD).

It will have cost $4 billion USD to build it (Reuters) and when the dam is full and in operation the GERD will supply over 6,000 megawatts of electricity  and it will become Africa’s largest hydropower dam. We can learn from China however on how dam’s devastate local communities, kill entire ecosystems, and wipe out major species (see NYT freshwater giants are dying). Worse will happen if it’s a dam that separates nations, already fragile. Already desperate.

According to some sources, like the US Media Line, the mediated talks that include Donald Trump “have turned into a disaster.” Though the Media Line does not mention which source.

America has been a long supporter of Cairo and Egypt with massive amounts of USAID, about $1.5 billion USD a year, going to support the nation. Some funneled into dubious agricultural projects like co-funded with Pepsi Co incentives to increase the output of potatoes per farm –- an expectation obviously to help PepsiCo supply more fried junk food.

Can and should America be a deal maker in African continent and western east disputes?

Trump thinks so and has met with water resources ministers from Egypt, Ethiopia, and Sudan at the White House. Egypt, Ethiopia, Sudan, the United States Treasury and the World Bank. All of them released an agreed statement that there is a “joint commitment to reach a comprehensive, cooperative, adaptive, sustainable, and mutually beneficial agreement on the filling and operation of the Grand Ethiopian Renaissance Dam.”

Which basically says nothing. Or forces anyone to hold there word, but some of the agreed upon terms are below:

Losses filled by the World Bank?

The Egyptian newspaper Mada Masr reported the US administration was pressuring Egypt to accept Ethiopia’s proposals in return for compensation from the World Bank for water shortages.

The Blue Nile is a seasonal river and it fills up when the rain starts in Ethiopia around June until the end of November. It travels to the Aswan dam and meets the Nile River, where it dissipates to the Nile Delta. See image below. From Lake Victoria, the White, Blue and then the mighty Nile. Who is in the Nile? The Nile passes through eleven African continent countries.

Egypt currently bases its share of the river’s waters on a 1959 deal between Sudan and Egypt that gave it 55.5 billion cubic meters water annually, and Sudan 18.5 bcm. Other countries were not given allocations at that time. So basically were not part of the deal. For instance, Ethiopia was not party to the agreement and does not recognize it. If you read one of the past article we wrote and scroll down through to the comments you will see how Egyptians and Ethiopians are disagreeing about this agreement.

No one has agreed yet on how such promises will be kept. Deals made between unstable countries to start with? Egypt, Sudan and Ethiopia?

Egypt started building the dam in 2011, at an opportune time – a moment to sneak in dam planning – when Egypt was dealing with its own major problems, the ousting of President Hosni Mubarak, and the Arab Spring.

The Grand Ethiopian Renaissance Dam (GERD or TaIHiGe; Amharic: ታላቁ የኢትዮጵያ ሕዳሴ ግድብ), formerly known as the Millennium Dam and sometimes referred to as Hidase Dam is a gravity dam on the Blue Nile River in Ethiopia that has been under construction since 2011. It is in the Benishangul-Gumuz Region of Ethiopia, about 15 km (9 miles) east of the border with Sudan.

At 6.45 gigawatts, the dam will be the largest hydroelectric power plant in Africa when completed, as well as the seventh largest in the world. As of October 2019, the work stood at approximately 70{77abe934691bc9f0e5658a7ee6b88ebc438a340cda54c5613400e9750ebd8615} completion. Once completed, the reservoir could take anywhere between 5 and 15 years to fill with water, depending on hydrologic conditions during the filling period and agreements reached between Ethiopia, Sudan, and Egypt.

Ethiopia wants power and prosperity too. And Ethiopia has warned that millions are ready to go to war over it. How can water flow be gauged. When is drought, a drought? When should the dam be filled and then stored? Over what time? How does this work with Sudanese dams? No one has the answers yet. And I fear that in 30 years from now we will see what kind of big mistakes we made for not helping Ethiopia go solar.

The Geological Society of America reported that Egypt would lose 25 percent of its yearly water if the dam’s reservoir was filled within 7 years.  Egyptians don’t believe that the fill time can be drawn out this long. “My main fear is that Ethiopia might continue to ignore these concerns. Water is a matter of life or death to Egyptians – putting Egypt in the corner isn’t the right policy at all,” said Farouk.

More on the Nile and Egypt:

American Elections Are Bad for the Nile Delta

In The Face of Nilelessness, Egyptians Protest Water Shortages

The post Ethiopian Nile dam to destroy about half of Egypt’s agriculture appeared first on Green Prophet .

Will your computer boot without a graphics card installed? 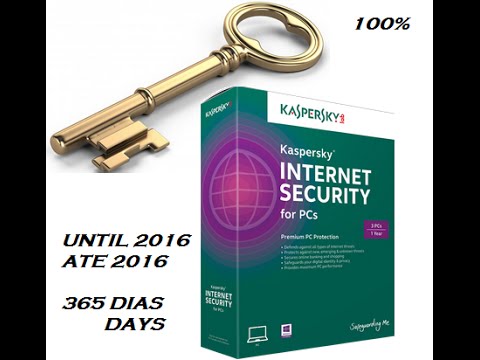 The Affect Of Science And Expertise On World Financial Growth

Business lessons from a NASA contractor: Exchange of ideas and follow-through are most important