The report also recommends requiring the FTC to collect more data and report on the state of competition in various sectors. And it says the FTC should conduct retrospectives to Continue Reading

The report also recommends requiring the FTC to collect more data and report on the state of competition in various sectors. And it says the FTC should conduct retrospectives to study whether its past decisions to approve or block mergers were correct. These kinds of studies are also long overdue and would make enforcement officials better at their jobs.

The FTC is currently engaged in a special review of every acquisition by the Big Five tech companies (those listed above, plus Microsoft) over the last decade. That process should be extended to other sectors and repeated on a regular basis.

Lastly, the report’s proposals for how to increase data portability might work very well for simple forms of data (such as a user’s social graph), which are easier to standardize. If consumers can easily take their data along with them, it will be easier for them to switch to new platforms, giving startups more incentive to enter the market.

Unfortunately, the report’s primary recommendations would do far more harm than good. The signature proposal is to force dominant platforms to separate their business lines. Chairman David Cicilline, a Rhode Island Democrat, has called this a “Glass-Steagall for the internet,” referring to the 1933 US law (repealed in 1999) that divided commercial from investment banking.

Of course, if this proposal is adopted, there will be many edge cases. Is the iPhone’s flashlight feature part of the operating system or is it more akin to an app? At this point, a flashlight feels like a standard feature of any phone. But not long ago, users had to download third-party apps to achieve that functionality.

As research from Wen Wen and Feng Zhu shows, when an operating system owner like Apple enters a product vertical (such as flashlight apps), third-party developers shift their efforts to other, more difficult-to-replicate app categories. So is adding a flashlight to the OS really anticompetitive behavior from a dominant platform, or is it pro-consumer innovation that leads to better allocation of developers’ time?

To justify its proposals, the report would have needed to find a smoking gun (or two). It didn’t. In general, the leading tech companies produce enormous benefits for consumers.

One of the main themes of the report is that these platforms have become so powerful no new companies dare to challenge them (and no venture capitalists dare to fund potential competitors). Several recent examples belie that notion. 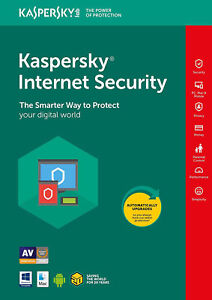