School districts across the United States had varying experiences with trying to get devices to every child at the onset of the COVID-19 pandemic. Image: SeventyFour, Getty Images/iStockPhoto Every teacher Continue Reading

School districts across the United States had varying experiences with trying to get devices to every child at the onset of the COVID-19 pandemic.

Every teacher and administrator was faced with an unprecedented problem when schools across the country were shut for the year in March to help states deal with the COVID-19 pandemic. Most schools were given barely a few weeks to suddenly prepare students, parents, and themselves for remote learning, which is only possible with some kind of device. While hundreds of districts were lucky enough to already have 1:1 device lending programs in place for all their students, others scrambled to order and deliver millions of iPads and Chromebooks just in time for the end of spring break.

“A lot of districts are building the plane while they’re flying it. Some districts were better prepared for this online transition than others but it’s all over the map,” said Susan Bearden, chief innovation officer with the Consortium for School Networking.

“Districts that were better prepared for this before it happened are probably handling it well. Other districts just were not at a point where they were thinking about distributing laptops for student use. It’s not something most people have on their radar. I’m a former district K-12 technology director myself and, I’ll be honest, I’m grateful that I’m not in the field right now because I would not want to have to be dealing with these challenges,” Bearden added.

Schools have already reported shortages of devices for the fall semester, with Lenovo, HP, and Dell reportedly telling school districts that they have a shortage of nearly 5 million laptops.

After a haphazard Spring term, schools spent the summer trying their best to acquire enough devices to teach the nation’s 55 million students in the fall. But shipping issues and supply shortages have left thousands of schools in the exact same place they were in the March when schools closed.

Foreign policy feuds between the US and Chinese government have also exacerbated device shortages, leaving many schools with almost no options, and device makers themselves are still recovering from being shut down for months due to the pandemic.

Each state and school district had come up with its own device lending policies, but for the vast majority, size is what matters. Smaller school districts have long given school-owned devices out to students while larger ones, particularly those in big cities, have never even considered it before being forced to in March.

Steve Smith, chief information officer for Cambridge Public Schools in Massachusetts and the founder of the Student Data Privacy Consortium, said districts faced a variety of problems that ranged from device preferences to a district’s flexibility on specification requirements.

Due to overwhelming demand and sourcing constraints, some districts settled for different devices for different grades, both Smith and Bearden explained. Much of it depended on a school’s relationship with resellers, especially for those schools ordering by the thousands.

But cities like New York City have never had a 1:1 device lending program at all due to the sheer size of its student population. With more than a million students attending New York City public schools, the city had to rush to deliver 300,000 tablets as well as 175,000 devices in just a few weeks. Parents had to go online and fill out forms to get devices while thousands of others were forced to use their own tools.

While devices were eventually procured, the program in New York City has faced criticism from some students and families who said it took weeks to get working laptops or devices. The students, many of them being already disadvantaged, lost valuable education time that they can never get back.

“Districts with 1:1 programs where kids could take devices home were better prepared but in many cases, districts were forced to have students use their own devices or disassemble laptop carts and send those devices home. What that looks like is very different across the country,” Bearden said.

“Even if districts have devices available at school which had not been sent home, they may not have been configured for off-campus use. That can include everything from web filtering to device updates remotely. If districts had 1:1 programs, they probably had those issues addressed.”

Bearden said the Consortium for School Networking has been a resource for school administrators nationwide as they grapple with a range of issues related to device lending, like security, returns, damage, cost, repairs, and more.

Some schools without 1:1 programs, she noted, had to just tear Chromebooks off of carts and hand them out to students, with thousands of schools not having any time to think through the logistics of managing or counting devices that went out.

According to Bearden, one of the biggest challenges is getting the devices back safely, if at all, during the summer and preparing for the fall, which may present its own issues.

Once the school year ended and summer began, administrators focused on the next phase of problems related to their device lending programs, namely the collection-and-repair processes.

How do you collect millions of devices from students safely during a pandemic? How do you  cover the costs for repairs? Should students be able to keep devices over the summer for learning?

Costanza from Denville, NJ, said the school district put measures in place when bringing devices back from the more than 1,600 students who attend Township Schools. They now repair the devices in house instead of shipping them out, saving time and money that can be better spent elsewhere. All of the devices brought back were not touched until the summer and eventually were sprayed down, disinfected and only touched with gloves before they were put back into circulation for the fall term.

At Chagrin Falls in Ohio, Daugherty said the school district purchased about 25 more Chromebooks to add to its current fleet, and the district has been doing weekly swap outs with students who have issues with their devices so they can be repaired.

“Our transportation department drops off a replacement device and collects the broken one.   We fix it, clean it, and it can be sent out to another student,” Daugherty said.

For Indiana’s Steuben County, Manahan said the district has been swapping damaged and malfunctioning devices twice per week while the buildings have been closed, running tiered help desk support through all layers of school staff, and attempting to accommodate students who may not have internet access at home as well.

“We collected devices in June and redistributed in August,” she said adding that one of the biggest challenges has been setting up safe protocols for exchanging broken or malfunctioning devices for loaners.

“I am very proud of our program. We are fortunate to have an established 1:1 program and experience with e-learning days for inclement weather and for teacher professional development,” she added.

Anthony Smith, director of technology at Brockport Central School District in New York said overall, the district’s device lending program has gone over very well. It put structures in place for a remote help desk and device repairs, with two phone lines for the community to call tickets in and then put a process in place for students and staff to be able to drop off broken devices for repair and to pick up when done. The district’s transportation department pitched in as well to deliver devices to those who were unable to pick up the device at the district.

Prepping for the fall

Even as the summer approached, administrators were very worried about how things would play out in the fall. Bearden said most school districts planned for three different scenarios including full in-person instruction, which some schools across the country have returned to due to low coronavirus infection numbers.

The next scenario has become the most common route schools have taken since last month and involves a partial return with a mix of in-school learning and remote schooling done on a rotating basis. A few schools around the nation have continued a version of the spring, when every child learned from home.

There are still concerns about whether an increase in coronavirus infections due to a partial return to in-school learning will force schools to shut again, Bearden added.

A number of schools reopened but were forced to close because of infections of teachers and students.

“This was a disaster scenario that no one could have predicted,” Bearden said.

One of the biggest concerns every district has had this fall are budget cuts, which most state governments have hinted at due to the decreased tax revenues resulting from quarantines. Bearden said multiple district administrators have been told to expect cuts as high as 20{77abe934691bc9f0e5658a7ee6b88ebc438a340cda54c5613400e9750ebd8615}, which is particularly difficult considering the increased money required for digital learning.

“How are they going to acquire more devices? Even if you have the funding to acquire devices, because of the supply line cuts with China, there are shortages of computer hardware, like Chromebooks and hotspots that are available for sale. Districts may want to place orders for devices but they may not be in stock,” Bearden said. “A lot of resellers had big inventories so they were able to absorb immediate demand. But are there devices for purchase now?”

A recent report from the Association of School Business Officials International found that on average, districts will have to spend an extra $490 per student to cover the cost of hand sanitizer, extra cleaning and beefed up nursing teams for the fall.

A district with an average student population of about 4,000 kids will have to spend about $1.8 million just to pay for the health-related costs. This figure does not include the cost for devices and repairs. Administrators are now looking to the federal government for more than $175 billion to help with the costs of teaching the nation’s 55 million children.

But despite the concerns, many school district leaders said they felt their experience this spring would help prepare them for what is coming.

“If we can turn toward that 21st century learning and embrace it more fully, then all the lessons we’ve learned through this, even those that have been painful, we can come out the other side of this much much stronger,” said Lane of Kansas’ Shawnee Mission School District.

“We can be an even better educational institution, we can be even technology people, even better support personnel. Even better teachers and administrators. There’s opportunity for growth and continued success, even in the face of the challenges that we have in our near future.”

Best of the Week Newsletter

Our editors highlight the TechRepublic articles, downloads, and galleries that you cannot miss to stay current on the latest IT news, innovations, and tips.
Fridays WandaVision episode 6 recap: The Disney Plus Marvel show gets spooky in the '90s – CNET 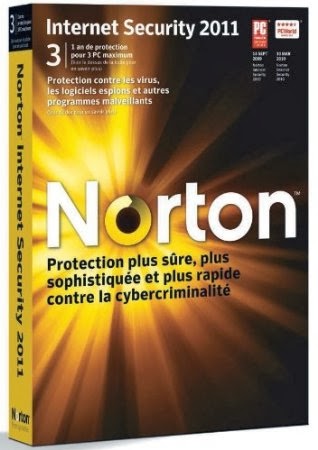 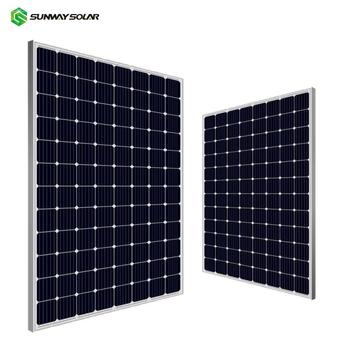 Send Article To A Good friend