There are now dozens of award-winning podcasts covering topics related to diversity, race, and the workplace. Image: iStockphoto/avdyachenko With protests still raging across the country after nearly two months, conversations Continue Reading

There are now dozens of award-winning podcasts covering topics related to diversity, race, and the workplace.

With protests still raging across the country after nearly two months, conversations about race, diversity, and equity are still being had in every industry and workplace. Dozens of tech companies have taken the lead in trying to promote these discussions and spotlight the voices of those who may need to be boosted a bit more now.

The discussions have led to a deluge of interest in podcasts focused on equality and inclusion in tech, design, gaming, and more.

Maurice Cherry, the creator and host of the Revision Path podcast, said he started his widely popular podcast in an effort to spotlight often-ignored Black designers, developers, and digital creatives from all over the world.

“I wanted to start this podcast because I knew friends of mine who were Black designers who weren’t getting any kind of recognition or publicity or press for the work they were doing. And they were feeling kind of disenchanted and dejected that they were a part of this industry and they were doing great work but it didn’t feel like they were getting any kind of validation or recognition for it. I also am a Black designer so I share a lot of those feelings. That was the impetus for creating Revision Path,” Cherry said.

“My main hope is that people see there are Black designers out there. That we’re active in the field and doing great things. I hope it helps to change the perception for people of who a designer is or what a designer can be.”

TechRepublic compiled a list of some of the best podcasts that focus on diversity, race and the workplace.

Pod Save The People

Hosted by noted organizer and activist DeRay Mckesson, Pod Save The People has quickly become one of the most listened-to podcasts on news, culture, social justice, and politics, with a distinct focus on issues related to people of color.

It generally features weekly contributions from analysts, researchers, and activists like weekly appearances by Samuel Sinyangwe, Clint Smith, and Brittany Packnett. Mckesson makes it a point to bring on a diverse array of guests ranging from Edward Snowden to Senator Cory Booker.

The podcast debuted in 2017 and comes out every Tuesday.

The award winning Still Processing, hosted by New York Times journalists Jenna Wortham and Wesley Morris, has become a flagship program for the newspaper since starting in September 2016.

Throughout the 45 minute-podcast each week, the two critics bounce easily between weighty topics and fun banter on a range of topics around race, work and cultural touchstones of the moment.

In its short lifespan it has already won a 2017 Webby Award and was nominated last year for a Shorty Award. The podcast generally features a discussion between Wortham and Morris followed by an interview with a guest, and since the onset of protests in May, the podcast has produced a series of stirring episodes on everything happening.

As an integral part of NPR’s podcast offerings, Code Switch is now considered one of the most highly regarded podcasts on race, culture, and identity. The half-hour podcast, co-hosted by well-known journalists Gene Demby, Shereen Marisol Meraji, and Tasneem Raja, got its start thanks to a $1.5 million grant from the Corporation for Public Broadcasting in 2013.

After initially beginning as a blog and contribution to other NPR podcasts, it was spun into its own silo in 2016. The podcast, which takes its name from the linguistic practice of having to move between different languages at the drop of a dime, has always tackled thorny issues related to race in America but has gained newfound prominence considering the national moment.

The award-winning podcast Revision Path was started by Cherry in 2013 and has now spent years having in-depth discussions with digital designers of color about their work and the industry at large.

Cherry said he wanted the podcast to open up people’s perception of what kind of design they can actually do particularly for Black designers, whom he noted get shoehorned into certain projects.

“I get a lot of students that find out about Revision Path and are just blown away that now there is this additional line of graphic design history that runs in tandem with what people are seeing from other design media. It helps to add a little more color, excuse my pun, to the general design corpus,” he said.

“What Revision Path is doing is showing that designers of color have been here all along, so if anything, it’s opening people’s eyes to designers that are already around them.”

He added that he wanted the podcast to be a resource for people to know that design was a viable career for people of color.

The two have had illustrious guests like Stacey Abrams and Ava DuVernay while taking a Black feminist look at everything from technology to pop culture, art, and politics.

Just a few weeks ago they started their second season with an in-depth discussion with then essential workers and Rashad Robinson, president of advocacy group Color of Change.

The Read gives listeners an unvarnished look at pop culture, gaming, racial issues, and art during their two-hour episodes each week. Hosted by gaming vlogger Kid Fury and cultural commentator Crissle West, the show has quietly become a widely listened-to staple of many people’s week.

West and Fury now bring in hundreds of thousands of listeners every week for wide-ranging discussions on current issues and have become well-known for their fascinating, and sometimes outrageous, listener letters.

The show has become such a cultural touchstone that they routinely hold live shows for audiences around the world.

Black Tech Unplugged has become one of the most beloved podcasts for minorities working in the tech industry.

For three years, founder and host Deena McKay has been having in-depth discussions about race, diversity, and inclusion within tech companies across the world.

“I always have had a passion for learning about people and curiosity about understanding and learning people’s journey so I thought what way could I bring those two concepts together and it hit me podcasting! So, I decided to start by interviewing Black women I knew personally in tech and the rest has been history,” McKay said in an interview.

SEE: Return to work: What the new normal will look like post-pandemic (free PDF) (TechRepublic)

“I hope people who listen to my podcast are inspired and empowered by what they hear. I hope people take notes from the tips people share on the episode. Many times when people listen to the episodes they don’t know the person I am interviewing. They haven’t heard of them or maybe they haven’t heard about their role in tech. If a person is listening I want them to leave with a new face in tech that they should look out for or a new role that they should look into.”

She has been at the forefront of calling for greater diversity and inclusion in tech. Even when minorities are hired, she noted that companies have to do a better job of ensuring that their spaces are actually inclusive of the people they hire.

“You can get someone into the door, but what if the environment is so negative that you can’t stay? That defeats the purpose! A lot of companies’ environments are being exposed for not being inclusive. Companies have to walk the walk,” she said.

“As employees are more diverse, it is important that cultural and racial differences are respected. This is why management training in diversity and biases is fundamental.”

Turn to these must-read primers to get the skinny on the hottest tech topics, strategies, and analyses.
Delivered Fridays 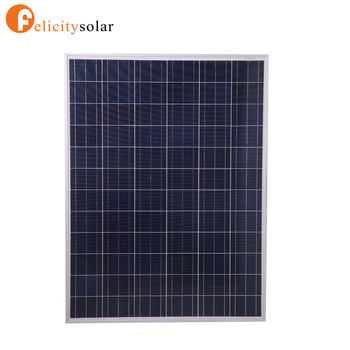 Global Web Of Things Security Market To Expand At fifty five.01% CAGR During 2016

How ‘vendor engineering’ can help tame your API complexity 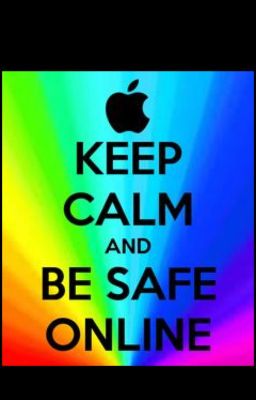 Greatest Workout For Your Zodiac Signal