Every operating system has a finite shelf life, especially when hardware failures are involved. Learn how to plan for a Windows disaster to get back up and running in short Continue Reading

Every operating system has a finite shelf life, especially when hardware failures are involved. Learn how to plan for a Windows disaster to get back up and running in short order.


The other day my home Dell Windows 10 desktop computer presented this depressing error message upon startup:

I was disappointed but not surprised. My 300 GB SAS hard drive was a bit long in the tooth and I suspected it had simply given up the ghost.

It is possible to troubleshoot this error to get Windows back up and running without a reinstall. However, I honestly considered this a good omen since I had a newer 1.7 TB SAS hard drive with which I had been meaning to replace my now-defunct drive.

Nothing motivates you to upgrade more than an equipment failure, and this was a great opportunity to do so after a quick and easy hard drive swap and Windows install.

Or so I thought.

I have a bootable Windows 10 USB flash drive I attempted to install the operating system with after I swapped out the drives. Unfortunately, I ran into some difficulties with both hardware and system settings, which made the process a bit cumbersome as I came across some new problems I hadn’t seen before.

I got everything resolved, then came up with this guide based on what I’d learned to help assist others in avoiding the same pitfalls I landed in. These steps can help minimize the time it takes to get Windows reinstalled and running once more.

Have spare hardware on hand

In my case I was lucky to have stockpiled spare hard drives as well as RAM in case of a component failure. While I’m currently using SAS drives, keep in mind SSDs also fail and it couldn’t hurt to have an extra on hand for replacement as well as simple troubleshooting issues. No one wants to be down for a day or two waiting for a replacement hard drive to arrive.

Separate your operating system from your data

I believe every operating system is disposable, so long as the data associated with it is protected. I had Windows installed on a single hard drive with only the operating system and program files. All my data was not only on a separate physical hard drive (you should at least use another partition on the same drive if you can) but also backed up to Dropbox. All I had to do was replace my OS hard drive and get Windows up and running and my data was immediately available. Had I not done so I’d have had to copy it all back from Dropbox, which would have been tedious and time-consuming.

Make sure you have your Windows product key

Your product key is essential to getting Windows activated after you reinstall it; otherwise, you’ll lose access to critical features and settings. If you have a Windows installation DVD it may be labeled on the disc or the case associated with the disc. Microsoft also provides several options for finding the product key on a working system.

Make sure you have working Windows installation media

I was fortunate to have one of these for Windows 10 (keep in mind if your hardware is outdated and you’d like to go from Windows 10 to Windows 11 you may not be able to due to errors that your hardware can’t support that OS — so stick with Windows 10 in that scenario), but I ran afoul of some issues booting from this drive, which cost me some time and produced confusio because…

Half my problem booting from my Windows USB installation drive came from the fact that when I went to Boot Options as my PC started up, I kept choosing Legacy USB while ignoring UEFI USB — aka Unified Extended Firmware Interface — a more advanced and recent option. Windows definitely preferred the latter, since the former kept giving me more dreaded No Boot Device Found errors. Microsoft provides some further information on Legacy vs. UEFI boot options.

But even once I learned I needed to use the UEFI USB option, there was a hitch.

My Windows 10 bootable drive wasn’t fully recognized when it was inserted into the front port of my desktop PC. I kept getting the hopeful Windows logo upon startup but nothing happened. I tried several tim, then plugged the USB drive into one of the rear USB ports on the computer. This worked, so I assumed the front port was a bit flaky.

I wasn’t entirely out of the woods yet, however.

Be on the lookout for ramdisk problems

I was pleased to see the Windows install process commence once I had the right USB port and the right boot option for my flash drive. But then I ran headlong into the following error:

There isn’t enough memory available to create a ramdisk device

Your PC needs to be repaired

There isn’t enough memory available to create a ramdisk device

This was one of the oddest issues yet because I knew my system had 64 GB of RAM, which should be more than sufficient; after all, Windows 10 ran just fine with that!

Furthermore, this error only gave me the option to try to recover an existing Windows installation, whereas I wanted to kick off a new one.

I researched this extensively and didn’t find the right answer immediately. In fact, I must admit I waded through a lot of red herrings. Then finally it occurred to me: “I may have a bad or faulty memory DIMM.”

I decided to make things as simple as I could. I took three out of the four memory DIMMs out of my computer, leaving just one 16 GB DIMM in it, rebooted, crossed my fingers, and within a half hour I had a fully successful Windows 10 reinstall!

If removing/replacing RAM doesn’t help with a ramdisk error, here are some other tips that may provide you the solution.

The best part: I thoroughly dusted out my PC, reinstalled the other three DIMMs, and Windows was perfectly happy with them. So I suspect one was just loose or had some debris on it. 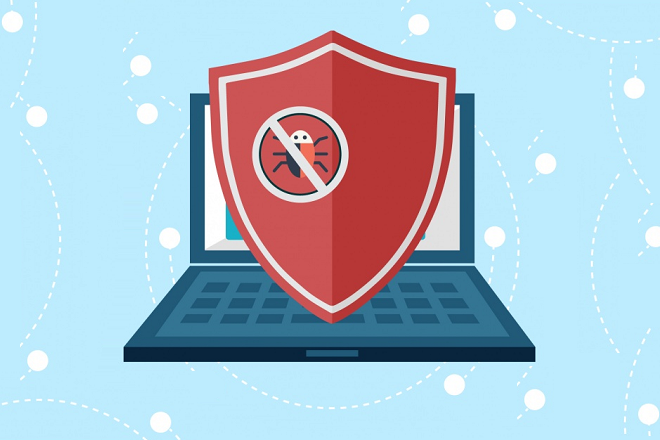 Cybersecurity is a growing field that can benefit from hiring veterans