As one of the world’s most popular tech companies and the single most widely used smartphone brand in the US, Apple understandably has users from all walks of life, both Continue Reading

As one of the world’s most popular tech companies and the single most widely used smartphone brand in the US, Apple understandably has users from all walks of life, both good and bad. The San Bernadino shooter falls into the latter category, committing an unspeakable act of terror against a center for the disabled in California in December 2015. The FBI’s seemingly innocuous request to Apple – to develop a software solution that can provide backdoor access to the shooter’s iPhone – has now developed into a battle of wills, pitting the federal government against one of the most influential entities in existence.

The Crux of the Matter

The request may seem simple – after all, who doesn’t want to see a terrorist brought to justice? – but Apple’s CEO has stood firm on the matter: Apple has never and will never produce software designed to extract or decrypt information on a private citizen’s phone.

While Apple has complied with requests for information in numerous deals with local, state, and federal law enforcement in the past, no request thus far has required the creation of compromising software to recreate erased data, and especially not in a situation that the FBI complicated through an erroneous use of technology. Building security-breaching software goes far beyond compliance with a subpoena, plunging the world of both Apple’s encryption measures and the whole cyber security market into a perilous unknown.

An entirely separate but strikingly similar case in New York, one in which Apple was ordered to unlock a Brooklyn drug dealer’s iPhone, made it to court before the FBI’s counter-terrorism efforts in California could, creating the possibility for a dangerous precedent in smartphone security. The case delivered a verdict many Apple users were happy to hear: the US government cannot compel Apple to cooperate with requests the company’s leadership deems inappropriate.

In stating that the All Writs Act, the law cited as motivation for Apple to agree with a forced method of retrieving data, did not meet the requirements to obligate the company to cooperate with the government, Jude Orenstein effectively set legal precedent for invasive requests such as these. Orenstein even took his arguments a step further, calling into question the very constitutionality of the AWA if it could be used to require such action, going on the record to state that compelling this behavior from Apple could compromise both the company’s financial bottom line as well as the public perception Apple aspires to uphold.

While this case was a victory in New York, the California case remains wide open, potentially giving another judge the power to make a call as to whether the AWA has the power to force companies into assistance with government requests. The California case, however, will take things one step further, as the government wants Apple to actually write new software designed specifically to undermine current security protocols.

The public is largely divided on the issue of Apple and the San Bernadino shooter’s phone; many are strongly in favor of Apple’s actions, while others believe that an individual with nothing to hide should have no reason to fear government access to private devices. While iPhone users are safe for now, the additional hearings on the horizon and the possibility of a Supreme Court ruling linger, leaving cell phone encryption technology, our hard-fought personal security, and the future of our civil liberties hanging in the balance, potentially to be eroded forever. 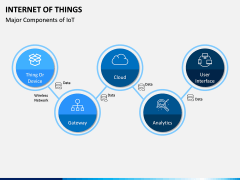