If you’re about to build a new computer, the first step is to get a sense of the main hardware you’re going to use. Once you’ve got that, it’s time Continue Reading

If you’re about to build a new computer, the first step is to get a sense of the main hardware you’re going to use. Once you’ve got that, it’s time to think about additional components that aren’t exactly necessary but might make sense for your needs.

Those could be anything from replacement fans to add lighting while replacing the anemic ones that most cases ship with, to adding more speedy storage, to upgrading your computer’s audio capabilities. The important thing to remember is that it’s all about customizing your computer to your needs or wants, to add functionality that the core components don’t offer.

This is also the stage to think about additional aesthetics, especially if you want to make a themed build, or keep colors consistent across all your hardware.

A few things to keep in mind:

Get that air flowing

Okay, so once you’ve sorted out your CPU cooling, and figured out which PC case you are building in, it’s time for additional fans. PC cases often only come with a few (if any) case fans, as manufacturers often drop them to save costs. It makes sense, with most enthusiasts replacing the case fans with their own preferred fans. That means you’ll have to budget for fans to help keep your hardware cool by providing airflow through your case.

The best case fans will move lots of air, at a sound level that doesn’t overpower your audio. Fans are either optimized for airflow (if you’re air-cooling), or for static pressure, which is important if the fan is pushing air through a radiator in a water-cooled build. Pay attention to the size of the fans, with 120mm and 140mm being the most common – you don’t want to buy fans that won’t fit into your PC case.

Most builders aim for positive air pressure inside their case, which usually means more fans as intake rather than exhaust. This has the added benefit of stopping dust coming into your case through all the myriad gaps where the panels meet. You could also go for negative pressure, with more fans set as exhaust instead, but this can make your case dustier depending on how much dust is in the air.

Noctua makes some of the best case fans on the market, especially if you don’t want RGB inside your PC. They move tons of air and are whisper quiet even at higher speeds. If you need fans with high static pressure, the NF-F12 are some of the best around.

We’ll cover RGB in a minute, but just know that Corsair has the best case fans that are also covered with RGB. If you’re on a lower budget, Cooler Master has more affordable glowing fans.

Look, we won’t judge you if you want your PC to be brighter than the sun, with millions of individually-addressable colors. Really, we won’t. You’re the one sitting next to it getting a tan indoors, after all. Here is what you should keep in mind when you shop for additional RGB accessories for your PC:

Oh, and one last word about RGB – expect to get good at cable management. Fans need two wires mostly, which often don’t go to the same place, LED strips will need at least one cable, plus additional ones to chain them together, and then you have to think about cables for powering RGB hubs and snaking out to your motherboard for control. Yikes. Better get a big bag of zip ties!

Once you’ve decided on your graphics card, you might want to add additional add-in cards if you have spare PCIe slots. The short PCIe slots are the slowest, using one PCIe lane and running at x1 bandwidth. These are good for sound cards, and most networking add-in cards. You’ll know which cards to use in these as the part of the card that fits into the PCIe slot will be short, just like the slot on the motherboard.

Longer slots add additional bandwidth and might be running at x4, x8, or x16. These are often used for PCIe add-in cards for things like SSD storage, where they can use all the bandwidth that is available.

Sound cards: With onboard sound getting better every year, do you really need a dedicated sound card taking up a PCIe slot? Well… that depends. You might not need it for getting audio to your headphones, but what if you want to drive some high-impedance cans like the DT1990 Pros we reviewed? You might find your onboard can’t cope, so either an internal sound card or an external DAC/AMP would be a good purchase.

We like the SoundBlaster AE-9 if you absolutely need an internal sound card, which is equipped with all the connectivity you could ever need, from speaker outs, optical in so you can run your consoles through it, and even XLR for professional microphones. You can even change out the op-amps, for higher quality units like these from Burson Audio.

If you prefer your audio to not be tied down to your PC, the Schiit Hel is a great option for external use, which brings quality audio and an adjustable mic input for your ingame comms or casting needs.

Wired network adapters: Pretty much every motherboard nowadays has Gigabit Ethernet ports on them, but if you want something faster, you need an adapter that supports 10Gbe. Make sure you get the one that matches the rest of your networking gear, as 10Gbe cards come in both RJ-45 and SFP+ flavors.

Wireless network adapters: If your motherboard doesn’t already have onboard WiFi, you’ll need an add-in card to connect to your wireless router. While you could get a USB-based network adapter, these have issues like overheating, so it’s usually better to get a PCIe version if you have a spare slot to use. We like TP-Link gear, which is usually cheaper than the competition while still using the same networking chips under the hood.

PCIe storage: If you absolutely need the best storage speeds, PCIe is the way to go. Prosumer platforms like AMD’s Threadripper or Intel’s X-series can use expansion cards like the ASUS Hyper to create NVMe RAID volumes for high-bandwidth use cases like 3D modeling or video editing. You can also use expansion cards to add additional SATA ports for more storage options, more USB ports, or

Capture cards: If you’re wanting to capture gameplay from a console for upload to YouTube or live-streaming to sites like Twitch, you’ll need a capture card. For the best quality, you’ll want a PCIe based capture card, so you don’t run into any of the bandwidth limitations of USB-based cards. AVerMedia’s Live Gamer 4K is one of the best you can get, with 4Kp60 recording, even with HDR content. You can also capture higher refresh rate gameplay at 1080p, all with the lowest latency you can get.

Without a doubt, one of the easiest aesthetic changes you can make for your computer is to replace the stock cables. I mean, c’mon, the ‘ketchup and mustard’ cables are just plain ugly. Even if you get a higher-end PSU with black cables, they’re still bound into one thick, inflexible eyesore, and you can do better when you’re dropping a couple of K on your system.

Whether you opt for a cheaper set of extensions like these from Antec that fit on the end of your stock cables, so the visible part is more aesthetically pleasing, or go for full-replacement cables like the Cablemod Pro range, it’s easy to see why it’s such a popular option. You can decide to match your cables to the accent colors on your motherboard, use different colors to make the rest of the build pop, or just go with classics such as white or black.

If you can’t find a commercially available set that you like, there are many boutique cable makers that you could commission to build cables that are truly unique to your build. One of our favs is Joey at EnSourced, who makes a significant percentage of the cables you see on builds done by popular Tech YouTubers.

You can also buy the supplies and tools to do it yourself if you really want to, but speaking as someone who did this on their own personal rig, you might not want to. Your fingertips will get hurt, buying the tools will make one set cost about the same price as getting someone else to make them, and did I mention your fingertips will hurt, like, for months?

One last word on computer accessories

While most of these additional parts aren’t strictly necessary for the smooth running of your new computer, they can improve your overall experience. That’s the great thing about building your own computer – you can build it your way, to fit your exact needs.

Whether that’s using all of your PCIe lanes by adding PCIe add-in cards for speedy storage, upgrading your audio to add more inputs, outputs, or features, or just making your PC glow like a funfair with RGB lighting, it’s your choice. The only limits are your budget and any limits imposed by the rest of the hardware you have purchased.

What do you think? What are some of your favorite computer add-ons? Let us know down below in the comments or carry the discussion over to our Twitter or Facebook. 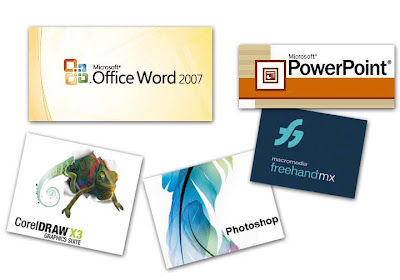