Curious to see how IT budget dollars shifted over the years? We revisited previous IT budget surveys to find out. Image: Tashatuvango/Shutterstock Whether you love it or loathe it– IT Continue Reading

Curious to see how IT budget dollars shifted over the years? We revisited previous IT budget surveys to find out.

Whether you love it or loathe it– IT budget planning is a must. For more than seven years, TechRepublic Premium has tracked IT spending by surveying tech professionals about their IT budget plans for upcoming fiscal years.

Just how have IT trends changed—or stayed the same–over the years? We revisited  previous surveys regarding IT budget plans for fiscal years 2015-2021 to find out.

It’s no surprise that IT spends increased year-over-year during the past seven years. After all, technology options continue to evolve and progressively provide workforce solutions for the enterprise at rapid rates.

In 2015, more than 80% of survey respondents indicated that IT budgets were as much, or more than the previous year. Nearly half— 44% — reported that the 2015 budget was slightly or significantly higher than 2014.

Last year, more than half of the survey respondents (62%) said they would tighten their 2021 IT budgets as a consequence of the COVID-19 pandemic, which forced companies to reengineer their business processes and workforces. Further, 17% of survey respondents planned to postpone major projects in 2021.

The pandemic also affected affected IT priorities in 2021. Slightly more than one quarter of respondents (26%) said that were spending more on remote technology to allow employees to work from home. The second highest percentage (22%) said that network and internet security was a high priority.

In 2015 budgets, improving efficiency and business processes were considered the most pressing IT matter, with 63% of respondents indicating it as a major priority. IT priorities remained largely unchanged in 2016, except mobile device management made slight headway due to organizations deploying BYOD (bring your own device) policies and more mobile application deployments in the field.

As 2017 IT budgets took shape, companies shifted their focus to network and data security, which was expected considering the influx of security breaches that occurred. Sixty-nine percent of survey respondents listed network security for IT systems as a major initiative, and 57% said they planned to invest in network infrastructure.

The most notable change in 2017 IT budgets was the move to more computing at the edges of the enterprise and away from a central data center. Forty-seven percent of respondents said their companies allocated more budget dollars for edge computing devices with a renewed focus on end-point PC hardware and operating systems. Also noteworthy was the very early stage that Internet of Things (IoT) applications were at most companies. Only 3% of respondents reported that they had an IoT application installed.

Similar to 2020 budget planning, the top two priorities for IT in 2021 were improving security (17%) and investing in cloud services (16%). Remote technologies that enable employees to work from home (13%) also ranked high on the list, which can be attributed once again to the COVID-19 pandemic.

Will COVID-19 impact upcoming IT budget plans? We want to know. If you’re familiar with your company’s upcoming tech budget plans we want to hear from you. Take our tech budgets 2022 survey and tell us what your company’s IT priorities are for 2022. The survey  should take less then five minutes to complete. Data from the survey will be used in an upcoming TechRepublic Premium report. 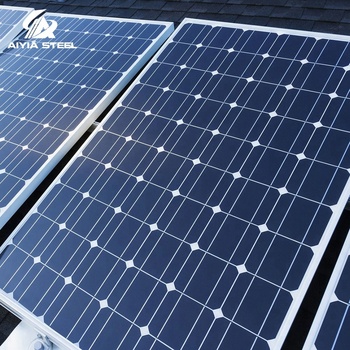 Issues You Want To Know Before Choosing A Internet Host