Project managing requires organization, tech knowledge, and most of all, communication. Here’s how one veteran gets the job done. Image: iStock/Wanlee Prachyapanaprai Kanika Tolver is a 38-year-old IT project manager Continue Reading

Project managing requires organization, tech knowledge, and most of all, communication. Here’s how one veteran gets the job done.

Kanika Tolver is a 38-year-old IT project manager working for the U.S. Department of Treasury. Born and raised in Washington, D.C., she grew up in Prince George’s County, Maryland, and graduated from Bowie State University in 2005 with a bachelor’s in computer science — later earning a Masters at the University of Maryland Global Campus and a Certificate in Social Media Management at Georgetown University.

Tolver started off in IT over 15 years ago after earning her degree. First she was a developer and then she moved into software testing and gathering requirements. Within the first five years of her career, Tolver was promoted and began leading different software developer projects. These include websites, migration projects, retiring and monetizing legacy operations for companies like Droople, Service Now and WordPress.

Seeing herself as a “natural leader and innovator, with an entrepreneurial spirit,” Tolver began working on IT projects for the federal government.

In 2014, she left the federal government to work for the private sector at Deloitte. “I became passionate about Agile and Scrum,” she said, and began reading up on it. She earned her Scrum certification, as organizations were moving from Waterfall to Agile, and thought: “this is the new wave of how to lead projects.”

In the private sector, Tolver was essentially a government consultant, working for clients in government. In her current role as a senior project manager in the Department of Treasury, she says she has a lot more control over managing financial IT contracts, hiring federal government contractors, etc.

She has especially enjoyed working on the embassy websites for the Department of States, where she helped transition from an old content management system to open-source technology — WordPress — during the Obama administration. Another personal favorite was working on leading website content migration from SharePoint to Drupal for the Department of the Treasury, Treasury.gov.

IT project managers, in Tolver’s view, are responsible for the success of a team.

“I like to call them the psychiatrist of the team,” she said. “They’re responsible for developing the schedule, developing the task, helping the team get to the finish line, removing risk and issues and impediments. Making sure the team has the right budget, the right resources, the right technology, to develop the project’s plan.”

As for daily life? “We sit in a lot of meetings,” she said. “We gather requirements from the end-users and the stakeholders who we’re building applications for. Then we work with the developers.” Many of these are daily standup meetings, for 15 minutes a day, to go through what was accomplished the previous day, and what’s on the docket.

“A day in the life is a lot of talking, a lot of meetings, a lot of planning, and a lot of troubleshooting,” Tolver said. A typical day is always full, she said, and includes meetings with managers, talking about project-related issues, team meetings with the developers and business analysts and testers — those who build the applications. Plus meetings scattered throughout the week to discuss finances and timing. She also has to work directly with stakeholders for feedback.

Communicating with the various parties can be a challenge, she said, and as such, demanding transparency is key. “Working in silos is a disaster for project managers,” she added. “I need to make sure my developers know what the end users need; I need to make sure my manager knows when there are risky issues, or when the schedule is going to flip. Making sure we stay on top of the due date and make sure that if we can’t make it, we at least communicate that to everyone.” During COVID-19, being able to effectively communicate posed an extra challenge, as meetings moved online, and using online tools effectively was critical. It meant that, at times, “we worked a little harder, a little longer, and being responsive at a faster rate via email was important.”

The most critical skills for a project manager? “Having an understanding of the technology that you’re managing, the language of a product,” Tolver said. Plus, “organization skills and self-management; communicate orally and through writing — this means doing briefings and presentations to upper management and stakeholders, as well as through email and documentation.

Active listening is essential, as well, so everyone “has what they need to be happy and successful,” she added.

Tolver has become a coach to those interested in entering the field. For those who want to  become project managers, “start small — don’t jump in and try to manage a big team immediately,” she advises, and try to find a mentor. Also, “get certifications.”

As a Black woman in tech — a largely-male and largely-white industry — it is an extra challenge, Tolver said. “There are not a lot of people in management that look like me,” she said. “It’s important for me to give back to minorities who desire to get into these kinds of positions, but they don’t know what they need to be successful.”

“It’s very important for me to navigate those challenges in the workplace. I work with primarily white men. I need to be strong in my communication skills and make sure they understand what I need to be successful.”

Right now, she said she has a supportive manager, which is essential, since she has previously had managers who fell short in this domain.

“I’m serving the team, but I need some things, as Black woman, to be successful,” she said. “I need to be heard.”

“Having that support is so important for minorities — we don’t feel heard,” she said. Over the last year, in light of the challenges America is grappling with when it comes to race, “I’ve had difficult conversations with my C-suite executives. I’ve had those conversations, and I’ve had those problems. Not that someone was being racist — sometimes we misconstrue not being heard, but sometimes people don’t have the leadership skills to lead well.”

“We don’t want fake help,” she said. “Finding people who are genuine about it is the hardest thing. They might say one thing, but when you go back to work, you’re still mistreated.”

If things don’t go well, “I’m big on going to HR,” she said. “Or going to another job. Some jobs don’t deserve you.” 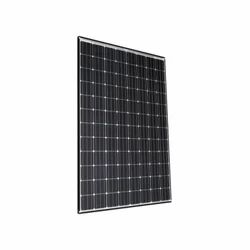 Lamborghini Huracan STO: Track bred and ready to take on the world – Roadshow