At a Sept. 14 virtual launch event, Apple is likely to unveil the iPhone 13, Apple Watch Series 7, new AirPods and possibly one or two surprises.

Apple will hold a product launch event on Tuesday, Sept. 14, at 10 a.m. PDT, according to an invite sent to the media, the Apple events website and a tweet posted by Apple marketing honcho Greg Joswiak. Following previous event formats due to the coronavirus pandemic, this event will be held virtually and likely include pre-recorded segments from Apple executives unveiling new products.

Here are some new products we might see announced this time.

New iPhones are likely to be on the menu, as the company is expected to launch the iPhone 13. With last year’s iPhone 12 lineup introducing 5G and other innovations, this year’s models will likely be more evolutionary than revolutionary. Expect minor tweaks and upgrades, such as a more powerful processor and beefier cameras. The infamous notch may see a reduction in size, giving users a tad more screen space.

But production on such a mini model may have already started before the company had a chance to fully review the sales data for last year’s version. However, if an iPhone 13 mini is released and gets the same thumbs down as its predecessor, this would likely mean the end of the iPhone mini.

One rumor says the new watch will get bigger screens, specifically 41mm and 45mm, up from the current 40mm and 44mm sizes. Another rumor suggests the watch will be outfitted with flat edges as opposed to the rounded corners on prior models. Also in the mix will be thinner bezels to provide more viewable screen space. A downside: New 41mm and 45mm sizes will force existing Apple Watch owners who upgrade to purchase new bands.

One item on everyone’s Apple Watch wish list is better battery life. The last few models have offered an 18-hour charge, so now would be an opportune time for Apple to beef up the battery life. Given that the watch itself will be bigger, perhaps the company will squeeze in a larger battery.

Apple usually has some health-related app or service to add to the watch each year. Past rumors have pointed to a glucose monitoring app and a blood pressure monitor, though such innovations may not be ready for 2021.

Along with the Watch Series 7 will probably be a new version of the Apple Watch SE, a lower-cost model that still borrowed a healthy array of features from its more expensive cousin.

The third version of Apple’s popular AirPods are also expected to be unveiled at this month’s event. Reports say the AirPods 3 will adopt the same form factor as the AirPods Pro with three changeable ear tips to give you a more secure and customizable fit. Spatial audio may make its way from the AirPods Pro to the AirPods 3. But other audio enhancements, such as noise cancellation, might remain the domain of the AirPods Pro. After all, Apple still wants to give people a reason to buy the more expensive model.

Already unveiled and demoed at Apple’s WWDC this past June, iOS/iPadOS 15 will likely get a launch date at the event. Though last year’s iPhone event was delayed until October due to the effects of the pandemic, Apple typically rolls out each new version of iOS not too long after the iPhone product event. In 2019, iOS 13 was released on Sept. 19 following the iPhone event on Sept. 10. This month’s event should also provide launch dates for watchOS 8 and tvOS 15, though we may have to wait for the debut of macOS Monterey until later in the year.

Apple naturally has other products up its corporate sleeves. New iPads and new Macs are likely waiting to debut. But reports say the company will hold a separate launch event for those devices. Last year, Apple held three separate events, one in September for the new Apple Watch and iPads, one in October for the iPhone 12, and a third in November for new MacBooks powered by the M1 chip.

The late Steve Jobs was known for his “one more thing” announcements in which he would top off an event with something surprising or unexpected. Though current CEO Tim Cook doesn’t close an event with the same kind of pizzazz, there’s still a chance Apple will unveil something we aren’t necessarily expecting. At least, we can hope for some surprise.

As usual, Apple will stream the 10 a.m. PDT presentation on its event page where you can watch it in any supported browser. Apple’s event page also includes a download link to add the event to your calendar as a reminder to watch it. Apple’s YouTube page is another place to catch this month’s event. And finally, those of you with an Apple TV can watch the festivities on the big screen. 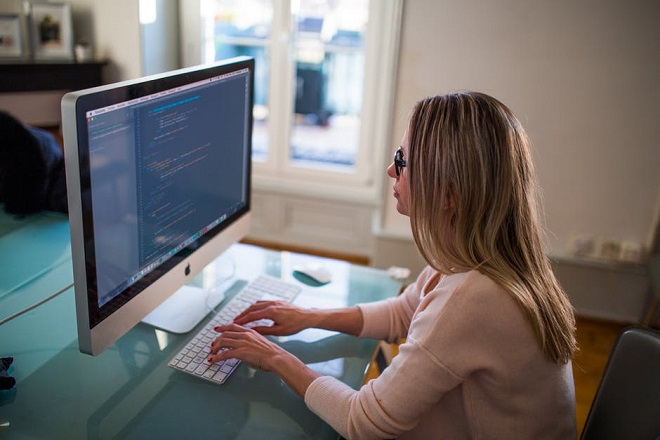 What Is IoT (Web Of Things) And How It Can Help Us?